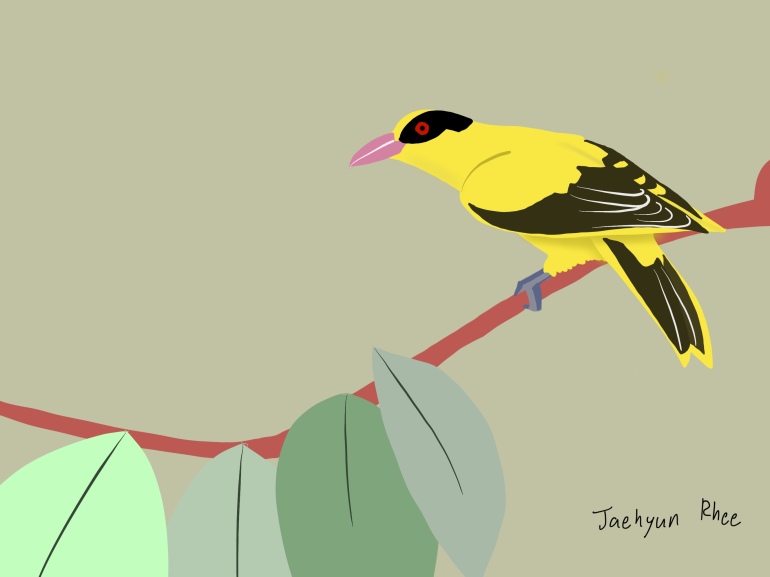 If you ever see a yellow bird flying in the streets of Singapore, it is probably the black-naped oriole.

Unlike the Indian golden oriole which only has a short and narrow eye-stripe, the black-naped oriole’s stripe broadens and joins at the back of its neck. Males and females have a similar appearance, though the female’s wing lining is greener. Likewise, its bill is pink and is stouter than in the golden oriole.

This bird, for its beautiful appearance,  was also featured on the $500 notes of the Bird Series currency notes issued by the Monetary Authority of Singapore between 1976 and 1984. Moreover, it was also showcased on the 50-cent stamps in a 1991 postage stamp series, as well as on the $1 stamps in a 2002 series.

However, in spite of its beauty, the black-naped oriole is an aggressive bird. It often raids the nests of other birds, such as the Yellow-vented Bulbul and Spotted dove, to feed on the eggs and nestlings.

This distinctive, black-and-yellow bird can be found in gardens, parks, urban areas, forests, and mangroves.