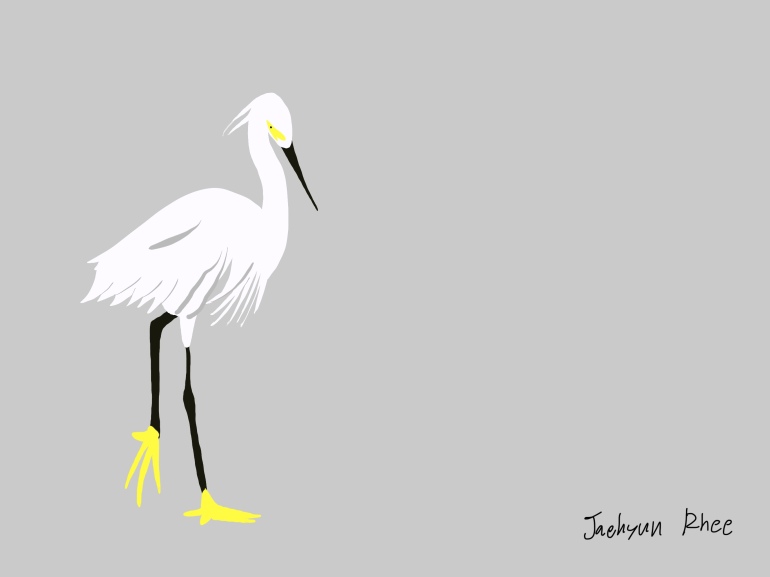 The little egret is one of the many visitors to Singapore’s shores (and so it is likely that they would never pay a visit to my balcony).

This bird is the smallest and most common egret seen in Singapore. In Singapore, two of its subspecies can be seen: the rare Egretta garzetta garzetta that has yellow feet (the one shown in the drawing), and the more common Egretta garzetta nigripes that has mostly black feet. Most of the migrants visit between September and May.

Little egrets, like Asian Glossy Starlings, are sociable birds and are often seen in small flocks. Nevertheless, these birds do not tolerate others coming too close to their chosen feeding site, except when there is an abundance of prey.

Egrets used to be killed as their feathers could be used as ingredients of popular fashion accessories. In 1903, one ounce (28g) of the Egrets’ plumes was twice as valuable than an ounce of gold. This high demand for egret feathers caused the egrets to be hunted near to extinction due to the fact that it takes four birds to produce just one ounce of the feathers.

However, globally, the little egret is not listed as a threatened species and has, in fact, expanded its range over the last few decades, and now it is placed in the “least concern” category.