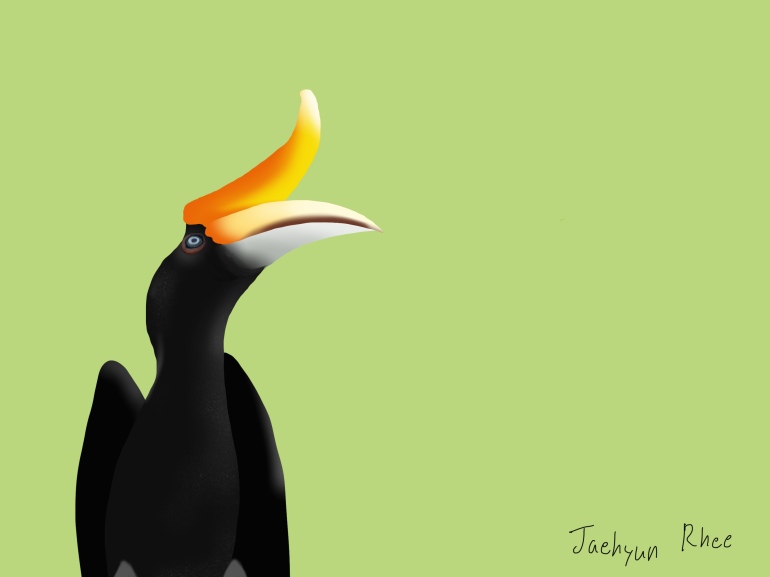 The Rhinoceros hornbill is a large, arboreal species of forest hornbill that can be found in lowland and montane, tropical and subtropical climates and in mountain rainforests up to 1,400 meters in Borneo, Sumatra, Java, the Malay Peninsula, Singapore, and southern Thailand. It is also the state bird of the Malaysian state of Sarawak and the country’s National Bird.

This hornbill is covered with a black plumage and has white legs and feather tails with a black band running through the middle. It also has a massive bill and casque that are both orange-red.  The eyes of the male are red with black rims, and white with red rims in the female.

Some Dayak people, the native people of Borneo, believe that this hornbill is the chief of worldly birds, and its statue is used to welcome Sengalang Burong, the god of the augural birds.

However, the rhinoceros hornbill faces a number of threats, including loss of its rainforest habitat, as well as hunting for its meat, and its skull and feathers. Without further protection, it is likely that this species would also become endangered.