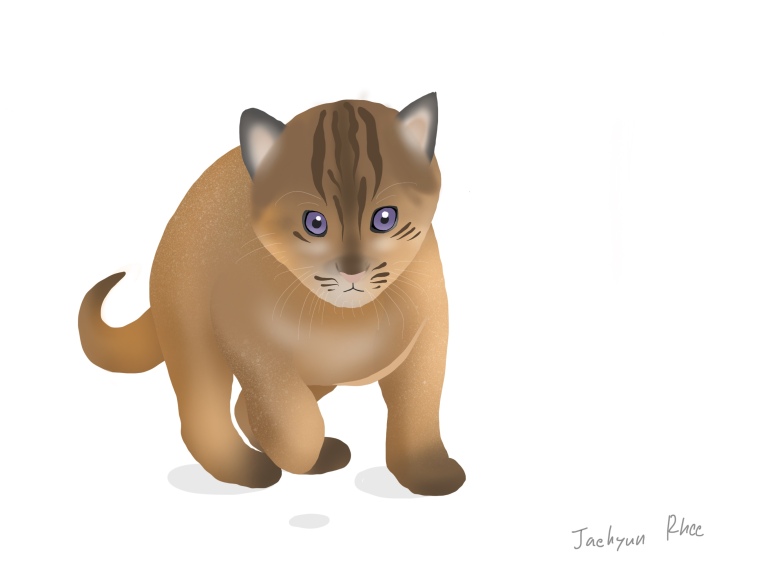 With fewer than 2,500 estimated mature individuals to be living in the wild, the Borneo bay cat is yet another endangered species.

This wildcat is endemic to the island of Borneo and is relatively rare compared to sympatric wild cats, based on historical and recent records. They inhabit a wide range of habitats from dense tropical forests to swamp forests and hill forests.

This bay cat is much smaller than the Asian golden cat. It has bright, chestnut-colored fur, which is rather paler and redder in the limbs and the tail. The tail is almost as long as its body and tapers at the end, with a white central streak occupying the rear half of the lower side, gradually becoming wider and of a purer white towards the tip, which has a small black spot at its upper end. The ears are rounded, covered with a short blackish-brown fur at the outer side,  and a paler brown with a narrow brown margin in the inside.

Habitat loss due to commercial logging and the expansion of oil palm plantations pose the greatest threat to the bay cat, a threat that is likely to grow with oil palm plantations expanding even further as a result of the push for biofuels.  Likewise, illegal trade poses another significant threat, as wildlife traders are aware of the species’ rarity; bay cats have been often been captured illegally from the wild for its skin and as a pet.