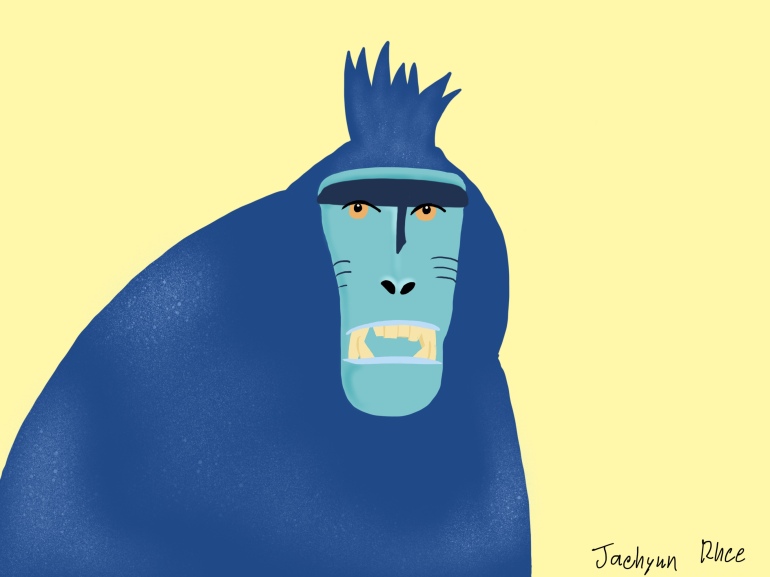 The Celebes crested macaque, often simply referred to as the “black macaque”, is an Old word monkey that resides in the northeastern tip of the Indonesian island of Sulawesi (Celebes) and other small neighboring islands. But you might be more familiar with these monkeys for the copyright issues that they were involved in.

These critically endangered monkeys cover their entire body with jet-black fur except for their hairless face and the shoulder range, where some white hair can be found. Unlike other primates, it has striking reddish-brown eyes. The long muzzle with high cheeks and the long hair tuft, or crest, at the top of the head, are also remarkable features.

They are also considered to have an “apelike” appearance due to its almost non-existent, non-visible, vestigial tail stub that is approximately 2 cm long. This diurnal, rain-forest-dwelling macaque is primarily terrestrial and spends more than 60% of its day on the ground foraging for food and socializing while sleeping and searching for food in the trees.

These creatures, however, are still being slaughtered as they are considered to be agricultural pests. Likewise, habitat loss poses another major threat to the monkeys’ survival.