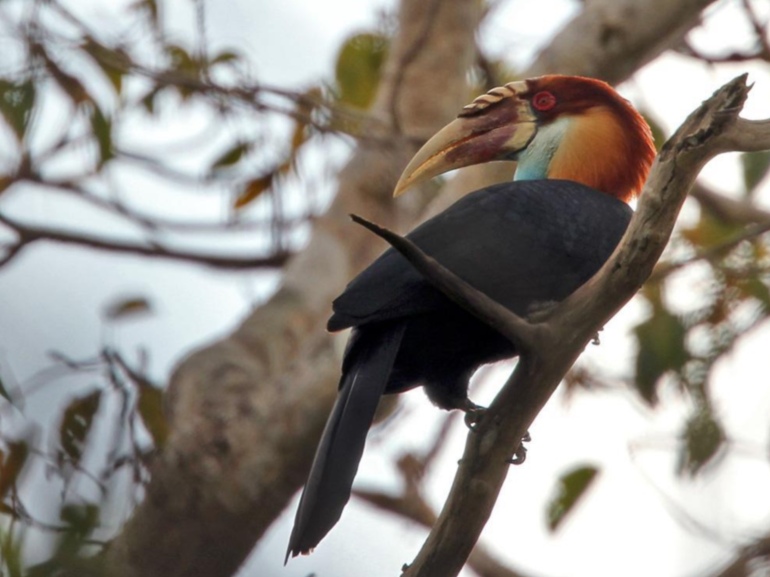 The Sumba hornbill is a large bird, measuring up to 70 centimeters. It is endemic to the Indonesian semi-evergreen forests of Sumba.

The male covers its crown and nape with dark reddish-brown feathers and surrounds its neck with a paler plumage; the body is predominantly black. The female, on the other hand, has an entirely black plumage. Both sexes have a large, dull, yellowish bill with a maroon patch at the base, a serrated casque, and an inflatable blue throat.

These species are, however, threated by habitat loss, limited range, small population size, and overhunting in some areas. More attention, as well as protection for this species, would hopefully help the birds recover their lost population.