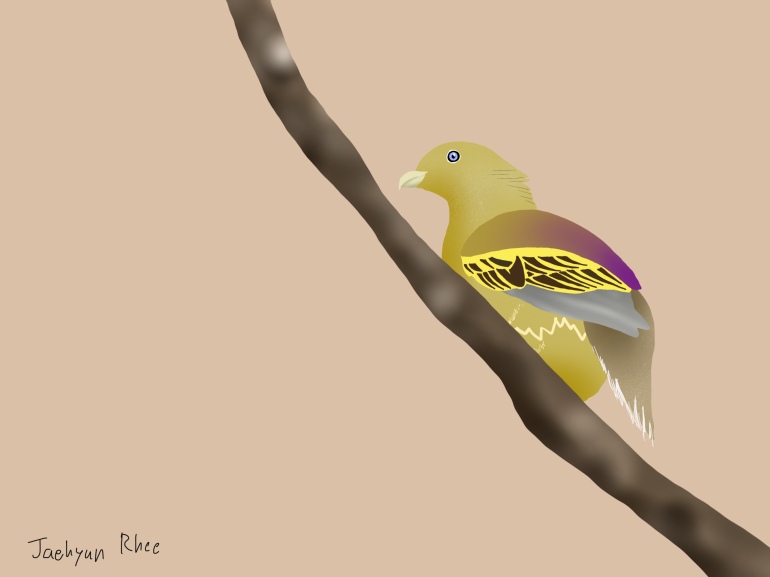 The Sumba green pigeon is another species from the family Columbidae (pigeons and doves) that is endemic to the Lesser Sunda Islands of Indonesia. These birds surround themselves with a predominantly green plumage, while the color of the feathers turn purple-brown as they reach the end of each wing. Likewise, a distinct yellow line separates the color gradient on the birds’ wings from the black edges. Although this species is not globally threatened, their population has been assumed to decline due to habitat loss.