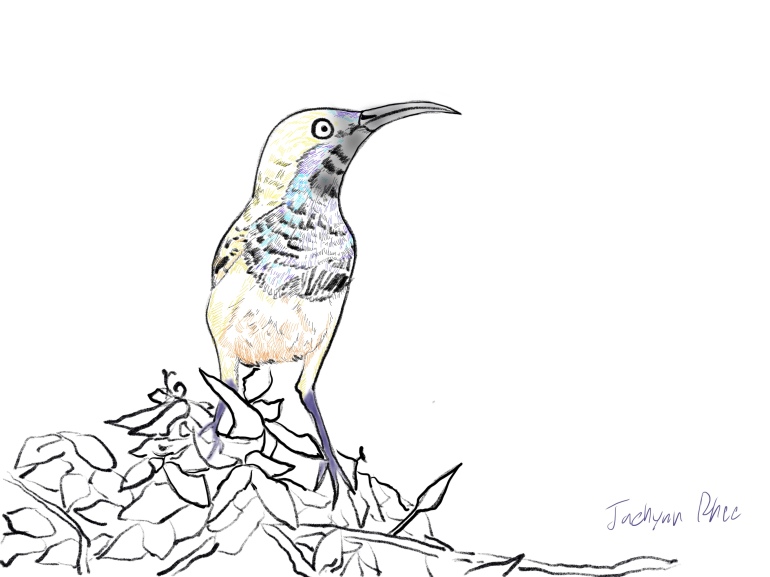 The olive-backed sunbird is the most common sunbird in Singapore.

They are small songbirds, at most 12 cm long. In most subspecies, the underparts of both male and female are bright yellow, the backs are a dull brown color. The forehead, throat and upper breast of the adult male is a dark, metallic blue-black.

Originally from mangrove habitat, the Olive-backed sunbird has adapted well to humans, and is now common in fairly densely populated areas, even forming their nests in human dwellings.

In one instance, a couple of sunbirds built a nest in a potted plant(located along an HDB corridor) owned by one family in Sengkang and provided the family with an opportunity to observe the birth and growth of a sunbird youngling.