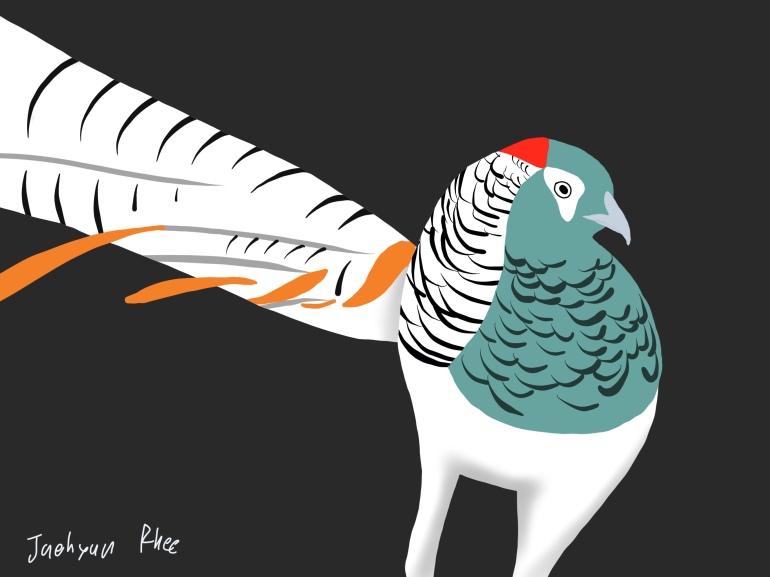 Native to mountainous south-west China and Myanmar, this species of pheasant was named after  Lady Amherst, wife of Lord Amherst, Governor-General of Bengal, who sent the first specimen to the United Kingdom in 1828. The bird died in transit.

Later attempts to bring the species over were more successful.

When they were eventually released from the Amherst estate, the birds managed to survive in the nearby woods.

According to The Express, the last sighting of a male specimen in the UK was in 2015 and it was said to be the only Lady Amherst’s Pheasant remaining in the wild.

Males of this species can be distinguished by their spectacularly colourful plumage and a head capped in red.