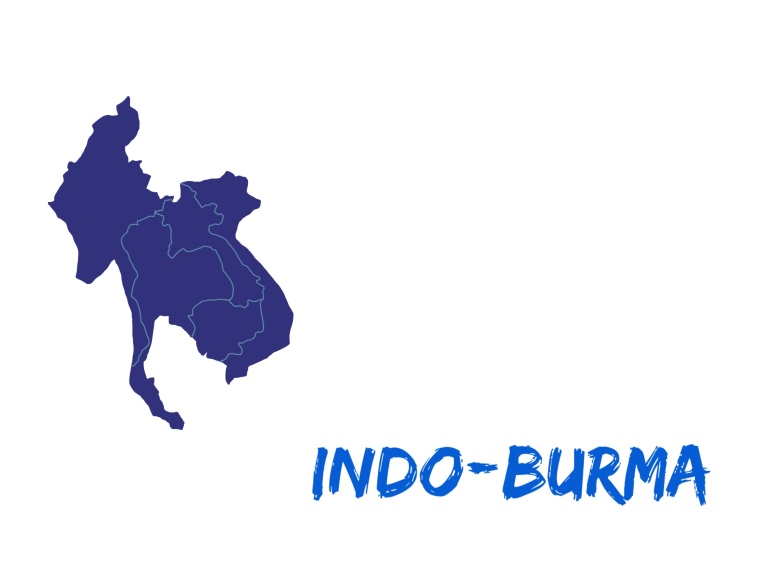 Indo-Burma encompasses 2,373,000 square kilometres (916,000 sq mi) of tropical Asia east of the Ganges-Brahmaputra lowlands. Formerly including the Himalaya chain and the associated foothills in Nepal, Bhutan and India, Indo-Burma has now been more narrowly redefined as the Indo-Chinese subregion. The area contains the Lower Mekong catchment. It begins in eastern Bangladesh and then extends across north-eastern India, south of the Brahmaputra River, to encompass nearly all of Myanmar, part of southern and western Yunnan Province in China, all of the Lao People’s Democratic Republic, Cambodia and Vietnam, the vast majority of Thailand and a small part of Peninsular Malaysia. In addition, the hotspot covers the coastal lowlands of southern China (in southern Guangxi and Guangdong), as well as several offshore islands, such as Hainan Island (of China) in the South China Sea and the Andaman Islands (of India) in the Andaman Sea. The hotspot contains the Lower Mekong catchment.

Indo-Burma regions’ rare (discovered in the last 12 years) and threatened species in need of protection are :