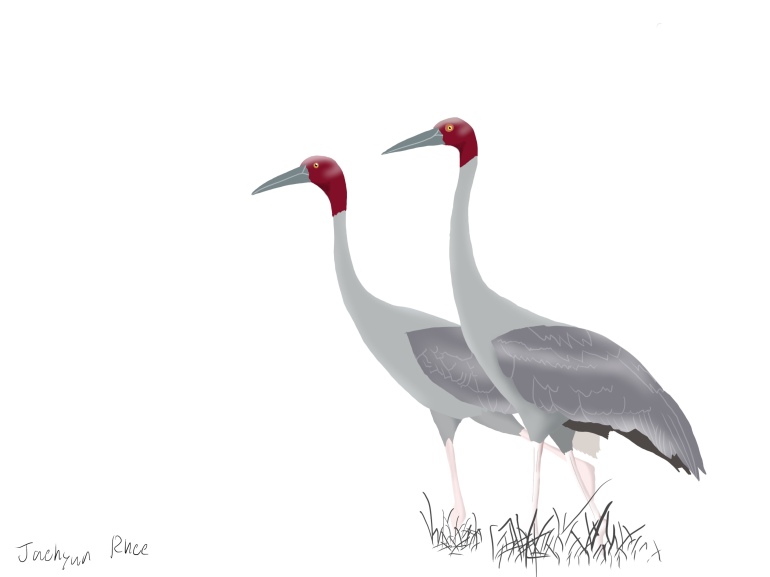 This 1.8-meter tall giant is one of the tallest flying birds in the world. It can be easily spotted in wetlands of India, Austrailia, and Southeast Asia. The Sarus crane derives its name from the Sanskrit word “Sarasa”, which can be translated to “lake bird.”

As the Sarus crane is considered to be a sacred bird in India, it has the greatest population in the Indian region. Moreover, viewed as symbols of martial value, the habitat of these birds is a popular destination for newly-wed couples.

Although there were about an estimated number of 20,000 mature Sarus cranes left in the wild in 2009(with the Indian population accounting for half of it), the current population is on a declining trend.

Unfortunately, due to factors such as habitat destruction, hunting, and environmental pollution, the decline in the total population is expected to continue.